It took Alex Barreto Hathaway a long time to arrive at a comfortable description of himself. He eventually landed on immigrant Brazilian-American, born in Puerto Rico. 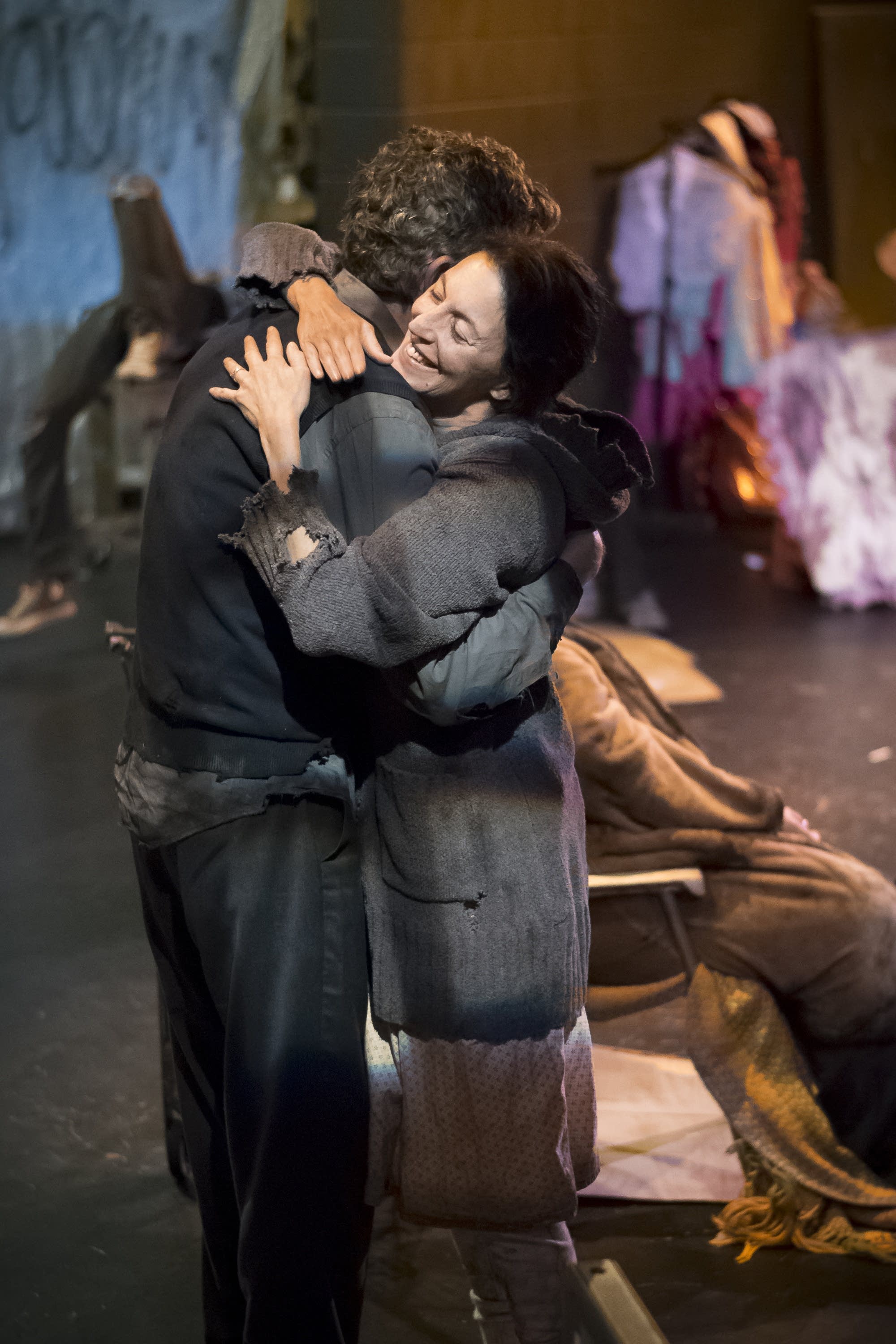 With that description, Alex said, “I feel like … I cover all my bases. I feel good about that.”

His mother is Brazilian and his father is from Wisconsin. They met in Brazil when his father was studying abroad for international business. After they married the moved to Puerto Rico, where Alex was born.

“It’s a farm town,” Alex said. “They got a ski hill and a race track and a church and a gas station, and that’s it.”

Growing up, Alex was always an energetic youngster. He described himself as a monkey kid. His school counselor suggested that he try theater. His first role was as a chorus member in “Oklahoma!”

Now, he plays Augusto, a Brazilian heroin addict who aspires to be an actor. The entire role is in Portuguese. Being in “Time to Burn” has forced Alex to think about the way he sees immigrants. He said he thinks people tend to unconsciously or accidentally push them away.

“We take these people that we hear in the news, and we just put them in this little cupboard and close it and then say, ‘OK, what was I doing?” Alex said. “And ‘Time to Burn’ is the audience walking into that cupboard.”

“Time to Burn” tells the story of a complicated and diverse group of immigrants, refugees and other marginalized people, living in a factory basement. The group deals with death within the group as well as oppression from the landlord.

“I felt that art was either responding to the world or it was not, and not responding was not an option,” Bennett said. “And so I felt like this play offered an opportunity to respond to the world.”

But responding to the world by telling the stories of immigrants and refugees can be tricky. The Moving Company’s recent production of “Refugia,” a play about refugees, drew criticism for its failure to involve any real refugees in the creative process. Twin Cities actor Kory Pullman, who wrote an online review of “Refugia,” said plays about refugees and immigrants should have the right motivation.

“You can’t just benefit from the business and the sexiness of doing a show about refugees or immigrants and then not care enough to go into the communities and offer, say, free tickets to come see this show for these communities,” Pullman said.

Theater companies around the Twin Cities may be taking that criticism to heart. Mu Performing Arts is going to premiere a piece called “Immigrant Journey Project,” which not only cast immigrants but also involved them in the writing process.

Red Bird Theatre’s approach was to involve its artists in a story exchange. Participants in such an exchange partner up and tell each other a personal story. The partners then tell each other’s story in the first person.

Alex was partnered with another cast member of “Time to Burn.” When she told his story, he realized that she could describe his background more easily than he could.

“Every time I’m like, ‘I’m Alex so I’m Puerto Rican’ or ‘I’m Brazilian’ or whatever, I feel like there are these goblins in the room that are going, ‘No, you’re not.’ ‘But are you really? You were just born there,'” Alex said. “I always feel that, and I can never say it with 100 percent confidence. But when she said it, she didn’t have all that baggage. She just said it. No goblins in the room for her.”

Performing in a play about identity has meant that Alex has been thinking a lot about Brazil and Puerto Rico. He put pictures of Brazil and his family up to remember them and think about where he comes from.

Our activity is made possible by the voters of Minnesota through a grant from the Metropolitan Regional Arts Council, thanks to a legislative appropriation from the arts and cultural heritage fund.